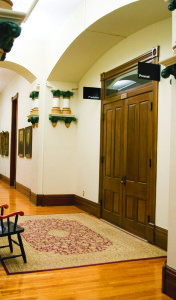 In the weeks since the sudden announcement of Laurie Joyner’s nearly immediate departure from the school’s presidency on Nov. 4, the school has proceeded with a vacancy in the position.

According to a statement from Chairman of the Wittenberg Board of Directors Thomas Murray given to the Springfield News-Sun, the board is looking to appoint an interim president in the next four to six weeks.

Richard Helton is visiting campus on Wednesday as a candidate for the interim position. Helton is the former President of Vincennnes University – a public university of about 4,500 students.

Helton is thought to be one of several potential candidates for the position.