The Weekly Tiger: A Father/Daughter Date

The dynamics of Father/Daughter dates are different for everyone. For myself, my dad and I have never been particularly close, for I’ve been historically closer to my mom. I’ve never had a bad relationship with my dad per say, but our personalities are so similar that anyone who didn’t know us might think we hated each other.

Unlike many people, my dad and I are both comfortable in each others’ silence. We don’t feel the need to fill the void with mindless conversation if we don’t have anything meaningful to say. We’re both rather introverted, of course, so we tend to spend a lot time together in silence, just enjoying each others’ company.

This past weekend, that dynamic changed. While I was home for the weekend, my dad and I went to a Columbus Blue Jackets hockey game together. The ride there was nothing out of the ordinary, as we lightly exchanged nerdy utterances to each other about thing’s we had learned recently, but other than that, the ride into the city was quiet.

We eventually made it to the stadium and found our seats in the club level. I got up to get myself a beer and we sat together waiting for the game to start. Other than commenting on a few notable sightings, we sat together, people watching.

Once the game started, we watched with intensity as the Jacket’s started off slow, going into the third period down 1-3. My dad got up, got himself a beer and some peanuts and while finally started to heat up, as did our conversations.

As I said earlier, my dad and I usually don’t talk much as we introverts are often perfectly comfortable in each others’ silence, but something changed during that third period of the Blue Jackets game. Maybe the flowing beer or the increasing intensity of the game was encouraging to us, but we we’re chatting it up.

Some kind of mutual social barrier between the two of us had been broken and we chatted openly with other fans around us as we watched the Jacket’s rack up the score to eventually pull off a 5-3 win in the final minutes of the game. We jumped up, hands in the air screaming for our team, we chatted excitedly like old college buddies and giggled at each others’ stupid drunkenness.

Something about that third period changed our relationship, even if the change was small.

We walked back to the car in silence. We listened to the radio commentators discuss the game we just saw and made the same side eyes to the reckless drivers we encountered on our way home. We once again sat enjoying each others’ company, but this was a new kind of company, one with hidden secrets of previous conversations and special out of character rowdiness that would forever lie dormant in the silence we shared.

OPINION: Trump is a Fascist and We Need to Start Saying It

It is time to start using the word "fascism." The United States, in the past four years, has been on a...
Read more
Opinion

The Weekly Tiger: A Much-Needed Weekend Away

I have never felt the switch from immense pressure to absolute relaxation in such a short amount of time before. As soon...
Read more
Opinion

The Vice-Presidential Debate: What a Farce

Usually, when I write these opinion pieces, I try to keep to the facts and let them speak for themselves. I make...
Read more

On Oct. 16, the North Coast Athletic Conference dashed the championship hopes of several Wittenberg Athletic teams when the conference announced the...
Read more

OPINION: Trump is a Fascist and We Need to Start Saying It

It is time to start using the word "fascism." The United States, in the past four years, has been on a...
Read more

On Thursday, Oct. 22, students emerged from their dorms and classes to be met with blaring music, pop-up activities and special events...
Read more

At the end of Aug., three of the university library's longest-standing staff members, including the library's director, Doug Lehman, retired after a...
Read more
Load more 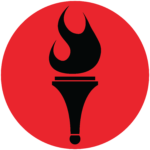